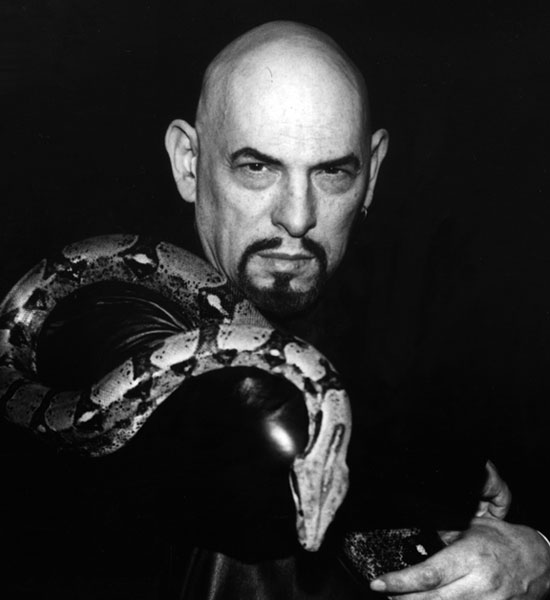 The Eleven Satanic
Rules of the Earth
地上における悪魔の１１のルール

地上における悪魔の１１のルール
The Eleven Satanic Rules of the Earth

This Is The New Shit
／Marilyn Manson 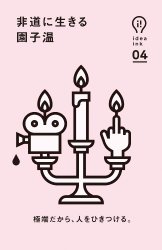 “There is a beast in man that should be exercised, not exorcised.”

Satanism is not Devil worship. That comes as a shock to many who haven’t explored our philosophy and it is the prime misconception outsiders have regarding the Church of Satan. Our founder Anton Szandor LaVey asserted this stance from the beginning. Over the years, individuals with the need to feel embraced by a deity have claimed that Dr. LaVey somehow came to believe in a literal Satan. If we examine his work, it is clear that he never changed his mind about this, nor was belief in the Devil ever some secret “inner circle” practice of the Church of Satan.

We Satanists understand that both truth and fantasy are needed by the human animal. It is a step towards wisdom when one knows with certainty which is which. Man relies on symbolism and metaphor when building a personal conceptual framework for understanding the universe in which he lives. He has always invented his own gods using his carnal brain. From The Satanic Bible: “Man has always created his gods, rather than his gods creating him.” However, this act of creation is usually denied. History shows that the founders of religions claimed personal contact with the deity fabricated through their imaginations, and legions of followers bolstered that fiction. There is nothing wrong with fantasy, so long as an individual knows he is using this controlled self-delusion as a tool for dealing with existence. For we skeptical, pragmatic Satanists, it is wielded in the ritual chamber. Reliance on fantastic constructs becomes dangerous when the believers in spiritual religions dogmatically insist that their personal or collective fantasies are real in the world at large, that they are the only absolute truth, and then wait for the myth to guide them or try to force others to share this delusion. That has been the source for countless wars, as any student of history can see.
Over the past year, some folks apparently have been pretending to be Satanists so as to get media attention for their rather adolescent “activist” stunts. Satanists see right through this scam as we’ve witnessed some pretty ludicrous shenanigans from those claiming to be Satanists over the years. When a fellow in horns—with an adopted moniker fit for a 1970s hair dresser—tea-bags a tombstone while some “goth” rejects swap spit on the grave, it seems to us to be a parody of Satanism rather than a representation of some actual philosophical or religious organization. Researching the few people behind this, one soon learns that when planning how to market this act they had to decide whether being devil worshippers or atheists might get them more attention. Likely this is sketch comedy as activism. As we-who-do-not-forget-past-orthodoxies know, the media pundits are perpetually gullible and eager to transmit anything that titillates them, so these pranksters receive publicity without being questioned. Currently, all you need is a press release and “journalists” are off and running. But such doings are also not new...

Over the past five decades Satanism as formulated by Anton Szandor LaVey has been filtering into the consciousness of the general populace. When the Church of Satan burst into the global media in 1966, something new had been added to the contemporary zeitgeist—knowledge that there were people who embraced Satan as a positive figure of liberty and individualism in an above-ground organization. Inevitably, having gotten wider notice, those who use humor to comment upon human activities found new fodder in the ideas and aesthetics projected by Dr. LaVey, especially after the documentary Satanis: The Devil’s Mass was released. We Satanists seem to have “arrived,” as mockery of Satanism and Satanists has become part of the landscape of humorists. There are even Satanists who are comedians. Sammy Davis Jr., who was one of our Warlocks for a time, produced a pilot for a TV series called Poor Devil in which he was a mod, bumbling emissary of Lucifer (played by Christopher Lee) tasked with snaring Jack Klugman’s soul. The Church of Satan is even mentioned while Klugman is trying to look it up in a phone book! Dr. LaVey himself enjoyed this funny portrayal, but Sammy’s best expression of Satanic élan can be found in his song "I’m Not Anyone." It captures the emotional core of our philosophy.

You might recall Mike Judge who wrote and directed Idiocracy, an incisive and prophetic social critique that is treasured by many Satanists. He recently created a comedy series, Silicon Valley, which mocks those trying to make it in the techno-centric culture of today. One of the lead characters, Gilfoyle, terms himself a “LaVeyan Satanist with theistic tendencies”—something we find silly on its own. He sports tattoos of an inverted cross on one arm and a goat head within a pentagram on the other. In episode 6, he and his curvy girlfriend attend a Satanic baptism during which a red-headed chubby fellow strips down for an enactment which paraphrases from Dr. LaVey’s ritual while the zaftig nude altar gal stands behind him wearing a goat mask. An altered rendition of our Baphomet sigil hangs on the wall along with a poster of the Rider-Waite Devil tarot card. The celebrant wears a chintzy Halloween cape and the participants dine, post baptism, on chicken from a chain known for its Christian owner’s biases but which supposedly serves fine tasting fowl. I must admit that at times here at the central office that we’ve been treated to images from those interested in Satanism which are not far off from the scene depicted. It brought us quite a few chuckles, to be sure...